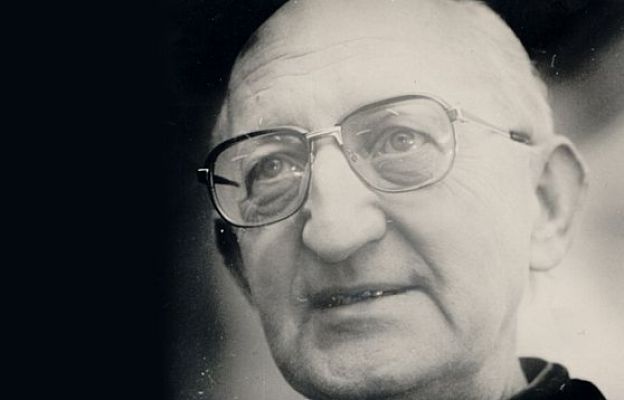 Venerable Servant of God, Fr. Franciszek Blachnicki (1921–1987) is the founder and the first national moderator of the Light-Life Movement which gathers  people of various ages and vocations: children, teenagers, adults, families, priests, nuns, monks and members of secular institutes with the aim of forming mature Christians.

Fr. Blachnicki studied pastoral theology at the Catholic University of Lublin (KUL). He published many works in the fields of pastoral theology, liturgics and catechesis and was appointed as the National Clergyman for Liturgical Servers.

He based the Light-Life Movement on the teaching of the Second Vatican Council and found approval of the bishops. He instilled in his followers a vision of a parish as a living community of communities and a conviction that the renewal of the Church begins in a parish.

The sign of the Light-Life Movement is an early Christian symbol phos-zoe (Greek words light and life joined with the letter omega and forming a cross). This symbol illustrates the most fundamental principle of Christian life – the unity of faith and life.

The formation program is divided into three steps. The first one – evangelization – leads to the reception of Jesus Christ as one’s Lord and Savior, a conscious decision to follow Him and to live according to His law. The second stage is called deuterocatechumenate and corresponds to the early Christian catechumenate, a period of preparation to baptism. The thirds stage of formation, described by the Greek word diakonia, is the selection of a specific service and apostolate.

The history of the Movement dates back to the first oasis retreat organized in 1954 for altar boys. In 1958 the first Children of God Oasis for girls was organized and from 1963, retreats have been organized regularly. In 1973 the first retreat for families was prepared and it started the development of the Domestic Church, the family branch of the Light-Life Movement.

On 11 June, 1973, Cardinal Karol Wojtyła, Archbishop of Krakow (later Saint John Paul II), devoted the Movement to the Immaculate Mother of the Church.

Among many claims to fame, Fr. Blachnicki brought into being the Crusade for the Liberation of Man – in response to the appeal of Pope John Paul II in October 1978: “Oppose everything that conflicts with human dignity and degrades the morals of a healthy society, that may sometimes threaten its very existence and the common good, that may diminish our contribution to the common heritage of humanity, of Christian nations, of the Church of Christ”.

The Crusade was proclaimed in the presence of the Holy Father; it was offered to Him and blessed by Him during His first pilgrimage to Poland on June 8, 1979 in Nowy Targ.

It is a social movement to combat alcoholism, smoking and other modern forms of slavery and to encourage modesty and chastity. Crusade is an act of love, sacrifice and fast as it involves abstinence from alcohol as a personal gift  made voluntarily in order to help those who struggle with addictions.

Among many works of Fr. Blachnicki, it is important to mention that he  created a plan of Great Evangelization ‘Ad Christum Redemptorem’ – with the aim of proclaiming the Good News to each person living in Poland.
In December 1981, Fr. Blachnicki left for Rome to continue work on the Congress of the Renewal Movements and could not return to Poland because of the imposition of martial law. He settled in the Polish center called “Marianum” in Carlsberg (West Germany), where he organized the International Life-Light Evangelization Center. He also did pastoral work among the immigrants from Poland.

Fr. Franciszek died in Carlsberg on 27 February 1987; his  mortal remains were transferred to the church of Good Shepherd in Krościenko upon Dunajec on 1 April 2000.

He was awarded posthumously with the Commander’s Cross of the Order of Polonia Restituta and the Auschwitz Cross medal.

For all the members of the Light-Life Movement around the world it was a day of great joy!

We pray for a recognized miracle necessary for the beatification of Fr. Blachnicki.

Although the Movement has been founded and developed in Poland,  it has already spread to other countries: Slovakia, the Czech Republic, Germany, Belarus, Latvia, Ukraine, Great Britain, Canada, USA, Kenya, China and Pakistan. There are also small groups or communities in Norway, Sweden, Greece, France, Belgium, Luxemburg and Bulgaria.